BASF announced that it is entering the business of electrolytes for lithium-ion batteries (LIB) and is forming a global electrolytes team in its Intermediates division for this purpose. By adding electrolytes to its existing portfolio for the LIB industry, BASF is able to offer another key component for the battery technology. 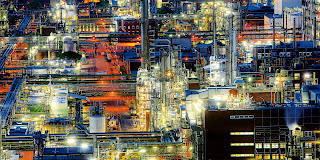 Electrolytes are complex formulations that are essential for the transport of electronic charge inside batteries. High-quality electrolytes are prerequisites for improving the battery performance.

BASF is already developing specific formulations for high-quality electrolytes based on organic carbonates for customers in the battery and automotive industries. The first products will be commercially available by the end of this year.
Dr. Andreas Kreimeyer, Member of the Board of Executive Directors and Research Executive Director of BASF . said: “In the electrolytes business we intend to become a system supplier that is capable of offering tailor-made solutions to our customers.”

Photo caption: The heart of the BASF Group is BASF SE headquartered in Ludwigshafen, Germany. With its over 160 chemical production plants, several hundred laboratories, technical centers, workshops and offices, it is the largest integrated industrial complex in Europe (according to BASF).
Posted by Unknown at 7:58 AM No comments:

Fuel cells are gaining momentum as a source of clean and reliable power for a host of portable device applications including electronics, battery chargers, remote monitoring, and military applications. In recent years, fuel cell manufacturers and electronics companies and distributors have sought to demonstrate their respective technologies across these new applications in preparation for large-scale commercialization. While key challenges still remain for the industry, most notably issues related to cost and technology standards, a new report from Pike Research forecasts that the current period of product development will lead to commercialization for portable fuel cells at an increasingly larger scale, beginning in the 2015 timeframe. The cleantech market intelligence firm forecasts that, by 2017, annual unit shipments for portable fuel cells will reach 7 million per year. 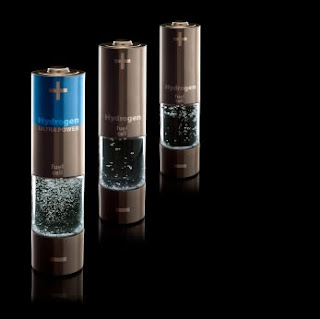 However, despite these advantages, says Sadden, large barriers remain with respect to the capacity of the fuel cell supply chain and associated manufacturing costs. Adopting universal industry standards for components and systems will help reduce these costs in the coming years, but a significant amount of work remains for that goal to be realized. Additionally, Sadden says that another critical factor will be the increased focus among Japanese and Korean electronics companies in boosting manufacturing capacity and integrating fuel cell technologies into their products.

Pike Research’s analysis indicates that external battery chargers are a key area of market opportunity for portable fuel cells, and the firm anticipates that this category will lead in terms of unit shipments over the next several years. In addition, new niche markets such as environmental remote monitoring have also been recognized as promising areas for fuel cells, which can offer substantial benefits compared to generators and battery banks. Military man-portable applications such as remote monitoring/sensing and mobile soldier power remain a strong area of focus for fuel cell developers, as well, and are expected to be the largest revenue category for portable fuel cells given the high average cost per unit. The consumer electronics market, though it has enormous long-term potential, is not expected to be a significant percentage of total portable fuel cell shipments between now and 2017.
Posted by Unknown at 6:20 AM No comments: