The commissioner of the Federal Energy Regulatory Commision (FERC), John R. Norris, recently issued a statement (called a Notice of Inquiry) focused on energy storage. Here's what he had to say: “I want to thank the team for their hard work tackling the difficult issues addressed in today’s Notice of Inquiry (NOI). While the NOI is not focused exclusively on storage technologies, issues unique to storage devices are a major part of it. As the questions we pose in this NOI demonstrate, new storage technologies present some interesting challenges for current Commission policies and practices, and I appreciate our staff’s efforts in helping us sort them out. 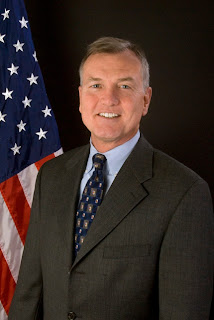 I am extremely interested in storage technologies and the benefits they could bring to our electricity system. I speak often about the numerous challenges we see facing the electricity grid. The increased penetration of renewable resources on the grid, the need to update our aging infrastructure to accommodate new demands, and the pressure that environmental regulations will put on existing generation assets – these drivers are bringing significant change in the electricity sector. With that change will come associated costs to consumers, and for that reason, we should be looking at any and all potential solutions to help us manage this change in an efficient and sustainable way.

Storage technologies, if more fully developed and utilized, hold great promise to help us efficiently address these challenges and hold down costs to consumers. As the Electric Power Research Institute (EPRI) noted in a white paper on storage technologies issued last year, energy storage systems have a key feature that transmission and distribution systems do not – they “can move energy through time, providing it when and where it is needed.” This feature, as EPRI points out, can help balance variable renewable resources, increase reliability, and improve the utilization of existing assets.

Given the significant potential benefits of storage technologies, the Commission should strive to ensure that our regulatory policies foster, rather than inhibit, their growth. Today’s NOI touches on a variety of key issues that we need to address to be sure our regulatory policies and practices do not stand in the way of storage technology development.

One issue that is important to me is that we recognize that storage technologies may provide multiple services, and thus multiple benefits, to the electricity grid and wholesale electricity markets. The Commission’s policies should be geared toward fairly compensating these technologies for the full range of benefits they will provide when deployed. Achieving this outcome will help ensure that the rates that customers pay for these benefits remain just and reasonable.

By analogy, I use the example of paying for the costs of a new stadium in a city. That stadium provides a venue for multiple events, from basketball games to rock concerts, providing multiple services to users and adding to the overall value and benefit to the community. This value would be lost if the stadium only charged for admission to basketball games; the ticket price for basketball games would necessarily be too high, and other events would not take place in the stadium without compensation – all to the community’s detriment. Instead, the stadium should seek to charge a fair price for each event (i.e., service) it offers. We need to think about storage in the same manner.

One service that new storage technologies could provide is frequency regulation. In February of this year, we issued a Notice of Proposed Rulemaking on Frequency Regulation Compensation, where we proposed to require RTO/ISOs to adopt new mechanisms to compensate resources for frequency regulation in a way that rewards them for quickly and accurately responding to the needs of the system. As I noted at the time, this pay-for-performance mechanism could result in the need to procure less regulation capacity and in improved utilization of existing supply resources, efficiencies that will benefit the grid and consumers over the long-term. While I supported this initial focus on the RTO/ISO markets, I noted that we should also look at how frequency response resources are procured and compensated in non-RTO/ISO regions. I am pleased that today’s NOI seeks comment on these issues. I hope that the comments we receive will shed light on efforts that we can undertake in those areas to create similar efficiencies and benefits for the grid and consumers.

I am interested in learning more about all aspects of electric storage technologies, and what the Commission can do to support – and avoid hindering – their development. Good, robust comments on this NOI will help us learn more. To the extent industry and the public have information they would like to share with me and my staff, please do not hesitate to contact us.”
Posted by Unknown at 8:17 AM 1 comment:

Battery, flywheel, ultracapacitor and fuel cell developers need to act now if they wish to tap the $4B market for off-grid applications, says Lux Research. Struggling to get their feet in the door of transportation and grid-tied markets, emerging electrical storage developers have begun eying off-grid opportunities as a way to attain scale and lower costs. But the off-grid market represents a rapidly closing window of opportunity for emerging storage – only developers who take immediate and intelligent action will capture a meaningful share of the market, according to a new report by Lux Research.

The report, titled “Off-grid: A Modest Meal for Starving Storage Developers,” forecasts opportunities for emerging battery, flywheel, ultracapacitor, and fuel cell technologies in off-grid markets, such as telecommunication networks, datacenters, and mobile and semi-permanent military bases. The off-grid storage market will grow from $9.9 billion in 2011 to $13.5 billion in 2016, a 6% compound annual growth rate. Emerging technologies will be the fastest growing segment of the market, growing from $1.5 billion in 2011 in 2011 to about $4 billion in 2016, a 22% CAGR.

“Considering the current financial and regulatory state of grid-connected storage, the off-grid market presents a relatively bright opportunity for emerging storage technologies,” said the report’s lead author, Steve Minnihan. “But given the sheer number of developers competing for a share of the market, decisive action is needed to succeed.”

The report bases its analysis on a lifetime cost calculation for each technology, market, and application it covers. Among its key conclusions:

A report covering the analysis of over 40,000 patents granted in the last five years in the field of energy storage technologies for electric vehicles shows that two Japanese players - Panasonic and Toyota - now dominate the scene closely followed by two Korean firms, Samsung SDI and LG Chemical.

As a rule it takes at least five years from invention to the first product on the market, so to highlight `hidden' R&D efforts which have not yet materialised as new products, the study focussed on patents with a priority date from 2005.

Looking at trends in patenting over the last five years it is evident that much of the growth comes from European and US players waking up to the challenge. 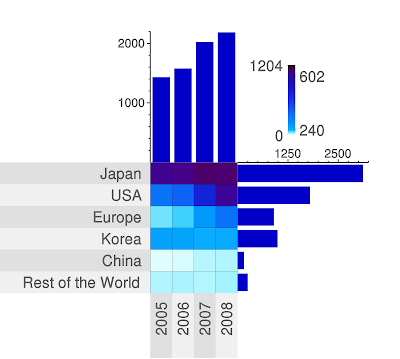 Korean companies are substantially outnumbered by US firms when all small players are taken into account. A more sophisticated analysis of the trends shows that Korean firms are reducing their relative contribution to energy storage patenting while Europe and China have been substantially increasing their contributions.

Looking specifically at lithium traction battery development, while Toyota is a bold new entrant to this area, Panasonic has been steadily active for some time. Recently LG Chemical has been patenting less and this seems to reflect a reduced R&D spend for the development of the new generation of lithium traction batteries. It could be that LG Chemical is shifting its financial resources from R&D to manufacturing which should pay off in a short term but could be quite a risky strategy in the long term. 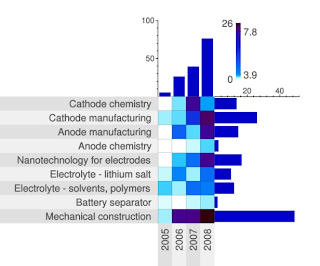 A comparison of Toyota's and Panasonic's lithium traction battery patents shows that while Toyota is backing the use of electrode nanotechnology for reducing the charging time and improving lifetime, Panasonic is focusing more on separator technology and cathode chemistry.

Companies big and small are already reaping the benefit of this novel kind of business intelligence. Local technology strategy company, Technologia, was one of the first customers. Mick McLean, Managing Director explained: "Patent landscaping is a tool increasingly used by big corporations to inform product development and technology strategies. By analysing the vast amount of data in databases of patents, multinationals can gain significant competitive advantages. But most current methods are skill and labour intensive and costs exclude the small players."
Posted by Unknown at 11:26 AM No comments: