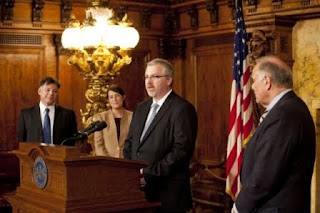 International Battery will use the grant proceeds, totaling $235,000, to purchase test equipment for the company’s Allentown, PA facility in order to evaluate the performance of its energy-dense, large-format, prismatic lithium-ion storage solutions under conditions that simulate actual electrical load profiles for large hybrid electric vehicles (HEVs). International Battery’s sustainable energy storage systems are based on large-format cells, which are proving to be ideal for electric bus applications where large amounts of energy must be stored in a relatively lightweight battery, placed within a compact space on the bus. Going forward, the test equipment will also advance the company’s capability to configure its flexible, modular battery system for customer-specific requirements, including retrofit applications, in order to address a broad spectrum of HEV bus manufacturers and vehicle sizes, each with different space and energy requirements. The equipment that International Battery can now acquire with the AFIG grant will expedite the design and validation of these very large battery systems, thereby reducing the time needed to get an HEV bus on the road.

“We are very pleased to receive the AFIG grant to further our commercialization of lithium-ion battery systems for larger alternative fueled vehicles,” said International Battery’s Executive Vice President of Business Development and Engineering, David McShane. “We have had great success with our lithium technology for HEV buses as large-format prismatic cells result in a less complex system with fewer thermal management issues. Coupled with active cell balancing, the lithium-ion technology enables optimal usage of the battery, allowing better system energy density. This grant is an important step to capitalizing on the full potential of our large-format prismatic lithium-ion cells for large HEV applications."

The $7.9 million Governor Rendell announced at the ceremony is through the Alternative Fuel Incentive Grant Program that will spur innovation in Pennsylvania’s advanced energy economy, while also making it easier for consumers and businesses to use home-grown biofuels and rapidly expanding technologies such as hybrid and electric plug-in vehicles, as well as those powered by natural gas. "Just recently, the Natural Resources Defense Council named Pennsylvania as the 7th least vulnerable state in the nation to oil price spikes because of our work to build a green economy here,” said the Governor. “In doing so, it noted 'America's addiction to oil continues to threaten not only our national security and global environmental health, but also our economic viability.'"

In making the announcement about the 21 AFIG awardees, Governor Rendell was joined by David McShane, Executive Vice President of Business Development and Engineering for International Battery, Andrew Daga, Principal Founder & CEO of Momentum Dynamics and Sarah Wu, Outreach & Policy Coordinator for the City of Philadelphia Mayor’s Office of Sustainability.
Posted by Unknown at 6:33 AM