Pumped Hydro: Is it TOO Green?

In the latest Electric Power Research Institute Journal, an article titled "Hydropower Reservoirs: A Question of Emissions" notes that reservoirs used for hydropower and for pumped-hydro energy storage are not necessarily as green as you might imagine. Or rather, they might be too green: carbon-rich organic material that accumulates on the reservoir floor can be the source of carbon emissions. 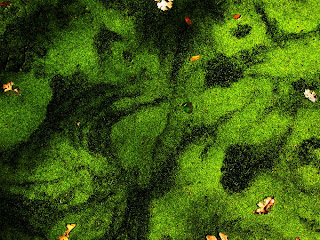 A recent study of the 90-year-old Lake Wohlen, in Switzerland, for example, found high emissions of methane, as recently reported in the journal Environmental Science and Technology, in an article titled: "Extreme Methane Emissions from a Swiss Hydropower Reservoir: Contribution from Bubbling Sediments"

The U.S. Department of Energy (DOE) is funding a three year study through the Oak Ridge National Laboratory to investigate these emissions from seven to eight reservoirs primarily in the southeastern United States and three reservoirs in the Pacific Northwest. EPRI will participate in the study, and funding from the hydropower industry could expand it to reservoirs in other climatic regions and reservoirs of varying sizes and depths.

Addressing hydropower’s emissions was ranked fourth on a list of industry needs established at the 2008 EPRI/DOE Waterpower Industry R&D Prioritization Workshop. The National Hydro Association’s staff recognizes the study’s value and is urging its members to consider supporting this research. The International Hydropower Association (IHA) is collaborating with the United Nations Educational, Scientific and Cultural Organization (UNESCO) to address the “possible role and contribution of hydropower to climate change mitigation and adaptation.” Researchers from multiple continents will examine a representative set of reservoirs. Combined with the U.S. study, these results will provide robust answers.
Posted by Unknown at 11:10 AM