A group of Europe's leading players in the energy sector, including manufacturers, utilities and academic bodies, came together in Brussels on September 27 to sign the formal constitution for the creation of the European Association for Storage of Energy (EASE). This international non-profit association is focused on acting as a coherent voice to promote the roles of energy storage as key enabling technologies for Europe's transition towards a sustainable, flexible and stable energy system.

According to the group's announcement, EASE has been created to provide a single, coherent body of competence and influence that brings together the many diverse groups currently working in the energy storage field. Its main aims are to stimulate the development of innovative energy storage technologies and applications through building a platform for the sharing and dissemination of knowledge and information, and to coordinate national activities. Consequently EASE will act as a sound and visible advocate of energy storage in Europe. 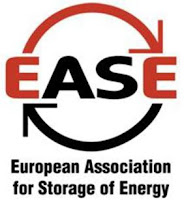 The group notes that effective energy storage can deliver a number of strategic services both on the regulated and deregulated side of the power business, addressing three major challenges: balancing demand and supply, management of transmission and distribution grids, energy efficiency. "In a world where patterns of energy supply and consumption are changing rapidly, especially with the large increasing penetration of renewable energy sources and distributed generation, sustained increases in fossil fuel prices, changing market regulations and stringent environmental targets, there is a considerable pressure on stakeholders to evolve to meet these new demands," EASE notes in a press release.

The founding members have designed EASE as a truly European entity, complementary to the existing European Industrial Initiatives (EIIs) in the frame of SET-Plan and to some Public Private Partnerships (PPPs). The SET-Plan covers a number of relevant areas especially Wind, Solar Energy, Smart Grids, Green Cars, Smart Cities and Efficient Buildings initiatives.

The group said that EASE represents all European participants active in the energy storage arena (but also said it is now looking for new members). It will promote and support analysis and evaluation of the benefits of utilizing energy storage in the broader energy grid. It will also cooperate with other national and international energy storage organisations, including Electricity Storage Association (ESA) in the USA.

EASE will work on technology- and application-related aspects of energy storage such as assessment of storage applications and development of storage technology roadmaps as well as addressing financial, economic and regulatory issues. It plans to work with all relevant groups to discuss and 'ease' the optimal integration of all components into validation projects and business models for a successful transition to a low carbon, safe and sustainable energy infrastructure, and to help establish a coherent master plan for the introduction of energy storage worldwide.


The creation of EASE results from an initiative of the European Commission, looking for a consensual vision of the roles, technologies and potential applications of energy storage within the frame of EU Energy and Climate policy. Following on from an Energy Storage Task Force launched by the European Commission in 2009 and the results of the final workshop, a group of leading European energy players decided to work together to found the new association.
Posted by Unknown at 9:51 AM