BC Hydro is testing what could be the most viable method for storing large amounts of power at its Clayton Falls hydroelectric plant in Bella Coola, about 248 miles north of Vancouver, reports Russell Ray, senior associate editor of Hydro Review magazine (a PennWell property).

The run-of-river plant is now capable of using its surplus electricity to produce and store hydrogen through electrolysis. The hydrogen can then be used in a 120-kilowatt fuel cell to generate electricity when demand peaks. 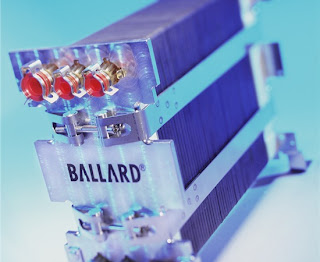 This new source of emission-free power is replacing the need for power made from diesel-fueled generators. Bella Coola is not connected to BC Hydro’s grid and powered only by diesel generators and by a run-of-river facility which, while clean, was not capable of storing energy -- until now.

BC Hydro estimates the demonstration project known as the Hydrogen Assisted Renewable Power system (HARP) will lower the community’s diesel consumption by 200,000 liters a year and lower greenhouse gas emissions by 600 tons a year. BC Hydro reports to the B.C. Ministry of Energy, Mines and Petroleum Resources. It is the third largest electric utility in Canada and serves customers in an area containing over 94 per cent of British Columbia's population.

“It’s a very cost-effective and convenient way to store renewable energy,” said David Field, a spokesman for BC Citizens for Green Energy. “It’s better than importing coal-fired electricity from Alberta and the U.S. to accomplish the same thing, which is what we’re doing right now.”

The Hydrogen Assisted Renewable Power (HARP) project is a partnership between BC Hydro, GE and Powertech and is supported by the Province of B.C. and Sustainable Development Technology Canada (SDTC).

It was announced earlier that Ballard Power Systems (TSX:BLD)(NASDAQ:BLDP), was partnering with Dantherm Power A/S, a leading global manufacturer of fuel cell systems to provide BC Hydro, through its wholly owned subsidiary Powertech Labs Inc., with a 100 kW supplemental power product for deployment in Bella Coola. Ballard is supplying 60 units of its Mark1020 ACS fuel cell product, each sized to deliver 2kW's of gross power, together with technical support services.