Gridflex Energy, LLC – a developer of bulk energy storage projects providing support to renewable energy – has proposed a first-of-its-kind pumped storage hydroelectric project that would use the ocean as the lower of two reservoirs.

The 300 megawatt project, called the Lanai Pumped Storage Project, is intended to provide the electric grid in Hawaii with a solution to the challenge of absorbing a planned 400 megawatts of wind power within a grid that has only about 1,200 megawatts of peak demand.

In most pumped storage projects, two reservoirs are constructed. During times when energy is in lower demand, wind energy or simply lower-value energy can be used to pump water uphill. When power is needed during high demand periods, the water is released through turbines. The Lanai Pumped Storage Project would use the ocean as its lower reservoir, saving millions of dollars on construction. Special design features would be put into place to ensure a water-tight upper reservoir, corrosion resistance for equipment, and protection of marine organisms. 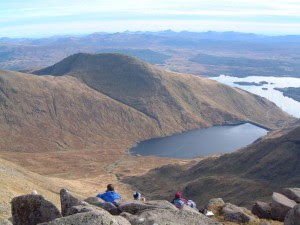 While there are more than 35 pumped storage projects currently operating in the U.S., none of them use the ocean as its lower reservoir. According to Gridflex CEO Matthew Shapiro, “Everyone in Hawaii wants to use their abundant natural resources instead of relying on expensive imported oil. But the isolated grid makes absorbing a large amount of renewable energy a challenge. The Hawaiian Islands don’t have great opportunities for economical pumped storage in the most ideal locations. That’s why we introduced the seawater solution. It holds promise as a cost-effective project, on a large scale, in the right place.”

More specifically, the project will consist of a single artificial, lined reservoir, created by the construction of embankments, joined with the Pacific Ocean by approximately 11,650 feet of conduit. Maximum hydraulic head will be 1,790 feet. Equipment will consist of one 150 MW, one 100MW, and one 50 MW reversible pump-turbines, totaling 300 MW of generating capacity, with up to 100 MW of additional pumping capacity, for a total of 400 MW pumping capacity. Annual energy production is projected to be approximately 919,800 MWh. The project will propose to interconnect, via a new single-circuit 230 kV line approximately 6 miles in length, with a Hawaiian Electric Company AC-DC converter station that would be a part of the planned Interisland Cable Project.
Posted by Unknown at 11:36 AM