E.ON intends to considerably enlarge the capacity of Waldeck pumped-storage hydroelectric station on Lake Eder in the federal state of Hesse in central Germany. E.ON will begin building a new 300 megawatt pumped-storage plant next to the existing Waldeck 2 facility in 2012. E.ON is one of Germany and Europe’s biggest hydro operators, with 212 facilities in four countries and total installed hydro capacity of nearly 6.2 gigawatts.

Like Waldeck 2, the new plant will have an underground turbine room. Construction is expected to take four years, with the new capacity entering service in 2016. Planned investments for the project total about €250 million ($USD328 million). E.ON expects the project to be approved in late 2011. 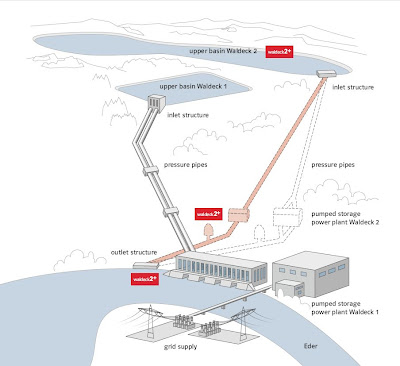 The company said the Waldeck site is ideal for building new capacity because of the existing facility and infrastructure. The new plant, including the penstock pipes and generating equipment, will be built completely under ground, making it particularly environmentally friendly. It will be built directly next to Waldeck pumped-storage hydro station and use the same access tunnel. The reservoirs for the new plant already exist. The volume of Waldeck 2’s upper reservoir will be increased by about 10 percent by raising its retaining walls. The next plant will use Waldeck’s existing, on-site switching yard to deliver power onto the network.

When the new plant becomes operational in 2016, Waldeck will have a total of 920 megawatts of flexible capacity for generating power and for storing power that is not needed when it is produced. This is equal to about 15 percent of Germany’s total pumped-storage capacity. “Enlarging Waldeck pumped-storage hydro station underscores E.ON’s ambitious plans for supporting renewables growth in Germany. Renewables can only begin to realize their full potential when they work in tandem with flexible energy-storage systems like pumped-storage hydro stations,” Luge continued. 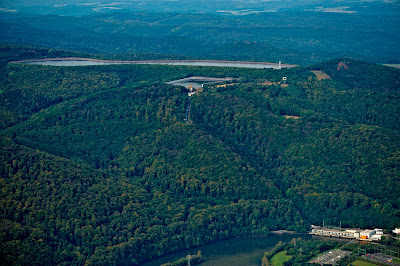 Caption: The existing Waldeck facility.
Posted by Unknown at 7:43 AM