Can "Electrofuels" be a Source of Green Energy Storage?

I'm happy to report that my feature article "Energy Storage and The Grid" is out in the new edition of Renewable Energy World North America edition (click here to download a PDF of the issue). You may have already seen most of the article, which was the basis of my first blog post "Energy Storage: The Basics."

What you didn't see, since I added it as the issue was going to print, was an interesting concept: green fuels. This concept was first presented to me during a trip through upstate NY, visiting a number of universities, including Cornell. In one cleantech approach, Emmanuel Giannelis, co-director of Cornell’s KAUST Center for Energy and Sustainability, says CO2 sequestration – made possible with nanoparticle ionic materials – could be combined with a solar photocatalysis process. “People are focused on systems where you can split water into hydrogen and oxygen and combine the hydrogen with sequestered CO2 to make methane or methanol. You can then store and use that just like gasoline or other fuels,” he said. 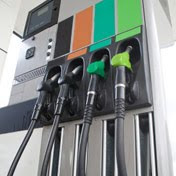 While I had not considered gasoline and other fuels, such as methane or butane, as a form of energy storage when setting out to create this blog, they are of course the most commonly used forms of energy storage. I won't be covering them much (if at all) moving forward, but it is interesting to think that they could be produced in a "green" fasion (i.e., without petrochemicals or biomass). I subsequently learned that this approach is actually the focus of an ARPA-E program called "Electrofuels." Most of the methods currently under development involve converting biomass or waste, while there are also approaches to directly produce liquid transportation fuels from sunlight and carbon dioxide. Although photosynthetic routes show promise, overall efficiencies remain low. "The objective of this topic is to develop an entirely new paradigm for the production of liquid fuels that could overcome the challenges associated with current technologies," notes the ARPA-E site. ARPA-E is looking for technologies that can use metabolic engineering and synthetic biological approaches for the efficient conversion of carbon dioxide to liquid transportation fuels. ARPA-E specifically seeks the development of organisms capable of extracting energy from hydrogen, from reduced earth-abundant metal ions, from robust, inexpensive, readily available organic redox active species, or directly from electric current. Theoretically such an approach could be 10 times more efficient than current photosynthetic-biomass approaches to liquid fuel production.

In one example, researchers from Columbia University will use the chemolithoautotrophic ammonia-oxidizing bacteria N. europaea to produce isobutanol from carbon dioxide. The team will genetically engineer the microorganism to demonstrate that they can efficiently reduce ammonia that can be generated electrochemically from nitrite, or supplied from waste water streams.

Using the energy of the sun or bacteria to create clean (or "cleanish" anyway) energy that also reduces CO2? It could happen.
Posted by Unknown at 9:14 AM